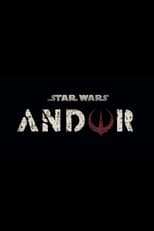 CreatorTony GilroyCastDiego Luna, Stellan Skarsgård & Adria ArjonaNetwork Disney+ Air Date TBA The adventures of rebel spy Cassian Andor during the formative years of the Rebellion prior to the events of Rogue One: A Star Wars Story. The series explores tales filled with espionage and daring missions to restore hope to a galaxy in the grip of a ruthless Empire.

Where can you stream Andor? DVD/Bluray via Amazon