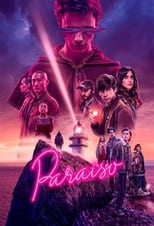 Paraiso is the 17th installment of the Precious Hearts Romances series, and is topbilled by Jessy Mendiola and Matteo Guidicelli.

Where can you stream Paraíso? DVD/Bluray via Amazon

On 2021-06-04 Drama/Mystery TV Series Paraíso first aired on #0. Written and created by Fernando González Molina & Ruth García, and produced by The Mediapro Studio, Paraíso will return and was last broadcasted on 2021-07-02.
IMDb Rating: /10 Paraíso Official page on #0All Seasons: 1 All Episodes: 7 Average Episode length: 50 minutes Seasons Season 1 - 2021-06-04 with 7 Episodes
iCarly
Your Honor