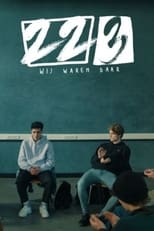 CreatorTim TruyensCastZita Windey, Pepijn Vandelanotte & Britt DasNetwork vtm Air Date Mar 18th, 2021 22/3: We were there tells a fictional story, based on real experiences and emotions of students who were there during the attacks in Zaventem. The story starts in the departure hall, where the students' Roma journey is suddenly startled by a bomb attack. Although the students get out of the departure hall in one piece, each of them must find a way to process this trauma. It will be a road with...

Where can you stream 22/3: Wij waren daar? DVD/Bluray via Amazon

Netflix
Stay up to date with the streaming options of 22/3: Wij waren daar & other streaming releases