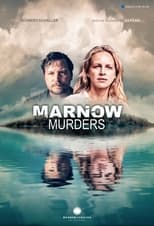 CastAndreas Anke, Martin Baden, Julia Becker, Lutz BlochbergerNetwork ARD Air Date Mar 13th, 2021 The city of Schwerin is melting – it is the hottest summer in years. Detectives Lona Mendt and Frank Elling are on the trail of a serial murderer, who seems to choose his victims randomly. But nothing is as it seems. The detectives have apparently made some powerful enemies that will do everything in their power to keep the truth from coming to light. The further along with their investigation...

Where can you stream Die Toten von Marnow? DVD/Bluray via Amazon