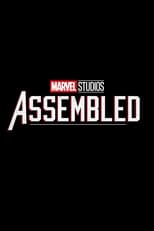 Network Disney+ Air Date Mar 12th, 2021 Go behind the scenes of the shows and movies of the Marvel Cinematic Universe, following the filmmakers, cast and crew, and Marvel heroes every step of the way.

Where can you stream ASSEMBLED? DVD/Bluray via Amazon

On 2021-03-12 Documentary TV Series ASSEMBLED first aired on Disney+. Written and created by , and produced by Marvel Studios, ASSEMBLED will return.
IMDb Rating: /10 All Seasons: 1 All Episodes: 2 Average Episode length: minutes Seasons Season 1 - 2021-03-12 with 2 Episodes
Pornolandet
Debris
We use cookies to ensure that we give you the best experience on our website. If you continue to use this site we will assume that you are happy with it.Ok