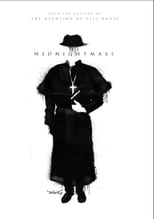 Where can you stream Midnight Mass? DVD/Bluray via Amazon

On Drama/Mystery TV Series Midnight Mass first aired on Netflix. Written and created by Mike Flanagan, and produced by Intrepid Pictures, .
IMDb Rating: /10 All Seasons: 1 All Episodes: 0 Average Episode length: minutes Seasons
A League of Their Own
Pachinko