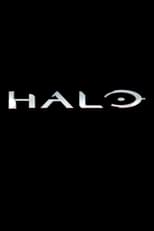 CastPablo Schreiber, Ye-rin Han & Natascha McElhoneNetwork Paramount+ Air Date TBA Set in the 24th century, this live-action series based on the video game focuses on an interstellar war between humans and an alien race known as the Covenant, largely through the eyes of Master Chief John-117, an enhanced supersoldier, and his AI companion Cortana.

Where can you stream Halo? DVD/Bluray via Amazon