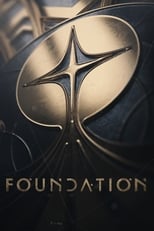 CreatorDavid S. GoyerCastJared Harris, Laura Birn & Lou LlobellNetwork Apple TV+ Air Date Jun 1st, 2021 The thousand year saga of The Foundation, a band of exiles who discover that the only way to save the Galactic Empire from destruction is to defy it.

Where can you stream Foundation? DVD/Bluray via Amazon