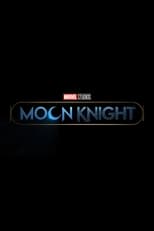 CreatorJeremy SlaterCastOscar Isaac, & Network Disney+ Air Date Dec 31st, 2021 Moon Knight, aka Marc Spector, is a former mercenary and CIA agent who has multiple personalities and is imbued with powers from an Egyptian god.

Where can you stream Moon Knight? DVD/Bluray via Amazon