Known in the X-Men as Wolverine, Logan (Hugh Jackman) makes a vast departure from the typical superhero cinema with this gritty, moody and neo-western of a closer for the character. Taking place further in the future, most mutants have been wiped off the map. Now a cynical old man caring for the older and grumpier Professor X (Patrick Stewart), Logan makes the tough call of escorting a young mutant girl (Dafne Keen) with powers similar to his own across the country to safety. Taking brilliant cues from Westerns, even literally referencing Shane, director James Mangold gave the comic book hero a grand enough send-off to warrant an Academy Award nomination for Best Adapted Screenplay.

Adam Drivers particularly brightly for such a quiet role in a rather quirky and dry drama. He plays Paterson, a bus driver of New Jersey with a stable routine for his day-to-day life. He has as much of a fascination with the world around him as he does love for his wife Laura (Golshifteh Farahani), leading to him composing many poems that are also encouraged by his wife. Paterson never gets too funny in its dead-pan mannerisms of the characters or too romantic in its cute coupling but it does touch on a certain sweet spot of contemplation that only writer/director Jim Jarmusch could weave so well.

Jason Schwartzman always excels at playing cocky characters and is perhaps at his best in Listen Up Philip as the snobby writer Phillip. Bitter about book promotion and somewhat bored with his life as a writer, Phillip soon finds himself in a unique position of rooming with his literary hero, Ike Zimmerman (Jonathan Pryce). Director Alex Ross Perry never lets us fully adore Phillip as a writer in need of a change but takes note of the character’s deep flaws in this engrossing character study that somehow makes a life of boredom all the more intriguing.

Nicolas Winding Refn made a name for himself as a director with the perfectly moody, violent and thrilling appeal of Drive. Ryan Gosling plays a quiet Hollywood stuntman by day and a getaway driver by night. He’s anti-social but soon finds himself coming out of his shell when he meets the single mother Irene (Carey Mulligan). But he’s unsure if he can make such a relationship work when he associates with such aggressive and dangerous clients. Far more than just a crime picture, Drive is an emotionally stylish ride of dark drama that best showcases Refn at his most refined, made all the more exciting with an unforgettable soundtrack by Cliff Martinez.

Dancing never seemed so dangerous and dreamlike when it does through the lens of Darren Aronofsky’s most iconic film of the decade. Natalie Portman plays ballerina so devoted to performing on stage she’s willing to do anything for the role. What follows is a bitter rivalry and a shocking transformation of surreal qualities in this brutal blend of body horror and theater drama. The final few shots have become the great subject of debate.

Matt King (George Clooney) seemed to have a peaceful life in Hawaii with his family but soon finds that paradise shaken when his wife goes into a coma after an accident. Now tasked with handling her will, Matt doesn’t know if he has the strength to adhere to her wishes. Trying to cope, Matt tends to his daughters while he is pressured by the rest of the family to sell their land. A touching and moving dramedy that features George Clooney at his best for entering into an older era of his life.

The Hunger Games launched a new trend of dystopian action. Jennifer Lawrence plays Katniss Everdeen, the woman chosen to represent her poor district in the annual and televised battle to the death. Pitted against her love Peeta (Josh Hutcherson), Katniss soon finds a means to break the rules and shatter a corrupt system that thrives on persecution of the poor and the slaughtering of the week. The thought-provoking action epic adapted the three notable books into four blockbuster films that launched Jennifer Lawrence as a strong lead.

The long-awaited sequel to Pixar’s premiere animated franchise made the boldest of returns. The remaining toys of Andy find themselves plucked from his toy chest and placed in a daycare where they won’t have to worry about children growing up and leaving them in an attic. Though the toys are welcoming of the daycare’s toy leader Lotso (Ned Beatty), the heroic cowboy Woody (Tom Hanks) is distrusting of the secrets Lotso is hiding that turns a retirement home for toys into a prison. Aside from featuring more clever toy gags and stellar writing, the film is an emotional experience for watching the passing of the torch when Andy bids farewell to his childhood.

Director Harmony Korine’s chaotic and neon crime picture places a dizzying haze over a life of partying and rebelling. The film follows down-on-their-luck college students Candy (Vanessa Hudgens), Faith (Selena Gomez), Brit (Ashley Benson) and Cotty (Rachel Korine) who concoct a scheme to rob for some cash. Though initially arrested, they’re bailed out by rapper/drug dealer Alien (James Franco) who encourages their criminal behavior for the thrill of it all. A life of crime never looked so wild and out of control as it does in this weirdly compelling picture.

Denis Villeneuve’s thriller is more than just a gritty tale of revenge and morality. It lingers long and hard where other pictures of this nature would pull away when the crimes and violence become too horrifying and ugly. Hugh Jackman plays a father bent on revenge against the man who may know where his kidnapped children may have been hidden. Eager to get the information himself, he conceals this suspect from the snooping detective (Jake Gyllenhall) and proceeds with his own violent interrogation. But how long can one keep up such torture when so few results seem to come of it? Villeneuve’s film attempts to answer such tough questions with intense direction that showcases this director is capable of far more than sci-fi and surrealism within his masterful filmmaking. 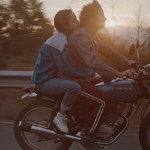