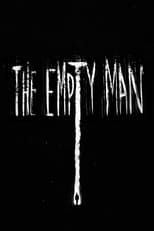 Director David Prior CastJames Badge Dale, Joel Courtney & Stephen RootRelease Oct 23rd, 2020 After a group of teens from a small Midwestern town begin to mysteriously disappear, the locals believe it is the work of an urban legend known as The Empty Man. As a retired cop investigates and struggles to make sense of the stories, he discovers a secretive group and their attempts to summon a horrific, mystical entity, and soon his life—and the lives of those close to him—are in grave...
The Empty Man is directed by David Prior and was released on Oct 23rd, 2020.

Where can you stream The Empty Man: Not yet streaming online