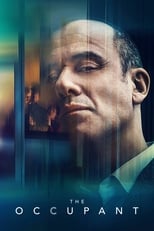 Director David Pastor, Àlex Pastor CastJavier Gutiérrez, Mario Casas & Bruna CusíRelease Mar 25th, 2020 An unemployed executive is forced to sell his apartment. When he discovers that he still has the keys, he becomes obsessed with the family that now lives there and decides to recover the life he has lost, at any price.
The Occupant is directed by David Pastor, Àlex Pastor and was released on Mar 25th, 2020.

Where can you stream The Occupant: