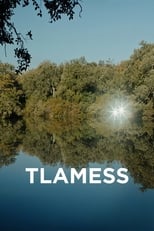 Director Ala Eddine Slim CastAbdullah Miniawy, Khaled Ben Aissa & Souhir Ben AmaraRelease Feb 19th, 2020 S is a young soldier in the southern desert of Tunisia. When S learns about his mother’s death, he obtains a week’s leave and goes back home. He will never return to the camp. In his popular neighborhood starts a man hunt after which S eventually escapes through the mountain. Few years later, F, a young woman married to a rich business man who has just settled in a luxurious villa, learns of...
Tlamess is directed by Ala Eddine Slim and was released on Feb 19th, 2020.

Where can you stream Tlamess: Not yet streaming online

Director Alaeddine Slim's Drama movie Tlamess is produced by Inside Productions & Exit Productions & was released 2019-10-18.
Costs: $0 Box Office Results: $0 Length/Runtime: 120 min
Minamata
Who Can Predict What Will Move You