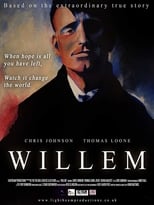 Director David Hastings Cast, & Release Jan 27th, 2020 Synopsis Award-winning filmmaker David Hastings brings to the silver screen a short historical film that was produced by ICI Films, Lightbeam Productions, and Pat the Bull Films. Thomas Loone (Alexander), Chris Johnson (Willem Arondeus), and Will Bradshaw (Officer) portray the main characters. It was scheduled for release in the United Kingdom on January 27, 2020. Willem is directed by David Hastings and was released on Jan 27th, 2020.

Where can you stream Willem: Not yet streaming online