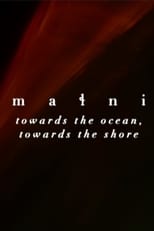 Director CastJordan Mercier, Sweetwater Sahme & Release Jan 1st, 1970 Synopsis American director and screenwriter Sky Hopinka entered a full length feature film at the 2020 Sundance Film Festival entitled malni - towards the ocean, towards the shore. Starring Jordan Mercier and Sweetwater Sahme, the film is entered under the New Frontier Films and Performances category. English and Chinuk Wawa are the main languages used in the film, but it comes with English subtitles. Thad Kellstadt created the music for the film, while Steve Holmgren is the executive producer. It premieres at Sundance on January 26, 2020 and will first be screened in Los Angeles, California in March 2020. LACMA serves as co-producer for this feature film.

Where can you stream małni – towards the ocean, towards the shore: Not yet streaming online DVD/Bluray via Amazon

Netflix
Stay up to date with the steaming options of małni – towards the ocean, towards the shore & other streaming releases

Director 's Documentary movie małni – towards the ocean, towards the shore & was released 2020-01-23.
Costs: $0 Box Office Results: $0 Length/Runtime:
Former Cult Member Hears Music For The First Time
The Mountains Are a Dream That Call to Me