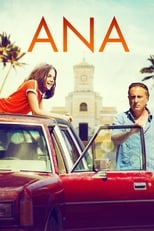 Director Charles McDougall CastDafne Keen, Andy García & Lauren VélezRelease TBA Ana meets Rafa in a chance encounter and they embark on a road trip to try and save him from bankruptcy, or worse.
Ana is directed by Charles McDougall and was released on TBA.

Where can you stream Ana: Not yet streaming online