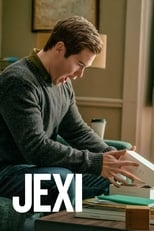 Director Jon Lucas, Scott Moore CastAdam Devine, Rose Byrne & Alexandra ShippRelease Oct 11th, 2019 Synopsis American actor Adam Devine topbills the romantic comedy, Jexi, written and directed by Jon Lucas and Scott Moore. Joining Devine in the cast are Alexandra Shipp, Rose Byrne (as the voice of Jexi), Ron Funches, Michael Pena, and Wanda Sykes. From an estimated budget of USD 5 million, the movie grossed USD 8.2 million worldwide. The rom-com was released on October 11, 2019 with an R-rating by Lionsgate, produced by CBS Films and eOne. It is CBS Films' swan song before it becomes part of the CBS Entertainment Group.
Jexi is directed by Jon Lucas, Scott Moore and was released on Oct 11th, 2019.

Where can you stream Jexi: