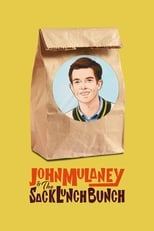 Where can you stream John Mulaney & The Sack Lunch Bunch: