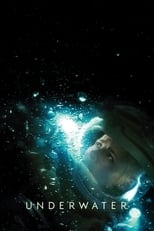 Director William Eubank CastKristen Stewart, T.J. Miller & Vincent CasselRelease Jan 10th, 2020 Synopsis Kristen Stewart, Vincent Cassel, Jessica Henwick, John Gallagher Jr., Mamoudou Argue, and TJ Miller star in the sci-fi horror flick, Underwater. It is directed by William Eubank and written by Brian Duffield and Adam Cozad. It is produced by Chernin Entertainment for USD 80 million, to be distributed by 20th Century Fox. It will be released on January 20, 2020 in the US.
Underwater is directed by William Eubank and was released on Jan 10th, 2020.

Where can you stream Underwater: Not yet streaming online