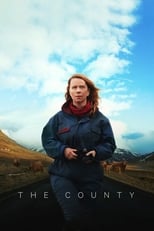 Director Grímur Hákonarson CastArndís Hrönn Egilsdóttir, Sigurður Sigurjónsson & Sveinn Ólafur GunnarssonRelease Aug 14th, 2019 Synopsis The County, known locally as Héraðið, is a 2019 Icelandic comedy film directed by Grímur Hákonarson. The story is about Inga, a widowed farmer who begins a new life on her own terms by opposing a corrupt cooperative in her community trying to get the rest on her side. It was screened in the Contemporary World Cinema section at the 2019 Toronto International Film Festival. The film is directed by Grimur Hakonarson and stars Andris Hronn Egilsdottir as Inga. Also starring are Sveinn Olafur Gunnarsson, Porsteinn Bachmann, Daniel Hans Erlandsson and Hafdis Helgadottir. The producers are Sol Bondy, Jacob Jarek, Grimar Jonsson, Ditte Milsted and Jamila Wenske. The County is directed by Grímur Hákonarson and was released on Aug 14th, 2019.

Where can you stream The County: Not yet streaming online

Director Grímur Hákonarson's Comedy & Drama movie The County is produced by Profile Pictures & One Two Films & was released 2019-08-14.
Costs: $0 Box Office Results: $0 Length/Runtime: 92 min
Not to Be Unpleasant, But We Need to Have a Serious Talk
Echo