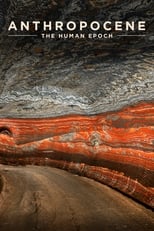 Where can you stream Anthropocene: The Human Epoch: