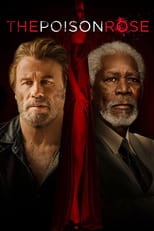 Director Francesco Cinquemani, George Gallo, Luca Giliberto CastJohn Travolta, Morgan Freeman & Famke JanssenRelease May 23rd, 2019 A down-on-his-luck PI is hired by his old flame to investigate a murder. But while the case at first appears routine, it slowly reveals itself to be a complex interwoven web of crimes, suspects and dead bodies.
The Poison Rose is directed by Francesco Cinquemani, George Gallo, Luca Giliberto and was released on May 23rd, 2019.

Where can you stream The Poison Rose: