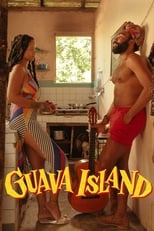 Director Hiro Murai CastDonald Glover, Rihanna & Letitia WrightRelease Apr 13th, 2019 Deni Maroon, a musician and dock worker is determined to pull off a music festival against the interests of the local factory owner.
Guava Island is directed by Hiro Murai and was released on Apr 13th, 2019.

Where can you stream Guava Island: '