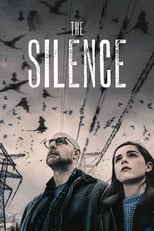 Director John R. Leonetti CastStanley Tucci, Kiernan Shipka & Miranda OttoRelease Apr 10th, 2019 Synopsis This movie adaptation of Tim Lebbon’s novel of the same name was released on Netflix in April 2019. This horror-mystery is helmed by John R. Leonetti from the screenplay of Carey and Shane Van Dyke and is headlined by Stanley Tucci, Kiernan Shipka, Miranda Otto, and John Corbett. Constantin Film and EMJAG Productions produced the film and distribution was taken care of by Netflix, after it bought the rights from Global Road Entertainment. The film is heavily compared to A Quiet Place, and unfortunately, did not sit well with critics and fans alike. It garnered a 32% Rotten Tomatoes approval rating.
The Silence is directed by John R. Leonetti and was released on Apr 10th, 2019.

Where can you stream The Silence: