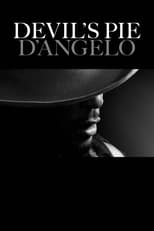 Director Carina Bijlsma CastD'Angelo, & Release May 16th, 2019 D'Angelo had it all: two platinum selling albums, a sold out world tour and a body chiselled to perfection. However, one day at the height of his career in 2000 the soul singer vanished. For 12 years he descended into darkness. Out of nowhere, in December 2014, his third album Black Messiah was suddenly released: soundtrack of the lost years.
Devil’s Pie is directed by Carina Bijlsma and was released on May 16th, 2019.

Where can you stream Devil’s Pie: Not yet streaming online