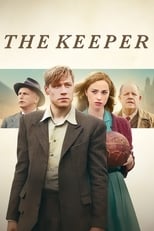 Director Marcus H. Rosenmüller CastDavid Kross, Freya Mavor & John HenshawRelease Oct 2nd, 2020 The story of a man whose love for football, for England and for the love of his life, Margaret, saw him rise from Nazi 'villain' to British hero. Bert Trautmann, the German goalkeeper won over even his harshest opponents by winning the FA Cup Final for Manchester City in 1956 - playing on with a broken neck to secure victory.
The Keeper is directed by Marcus H. Rosenmüller and was released on Oct 2nd, 2020.

Where can you stream The Keeper: