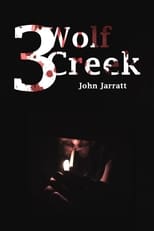 Director N/A CastJohn Jarratt, & Release Sep 8th, 2022 Mick Taylor, the infamous killer, is once again hunting for tourists. This time the whole thing is a little more difficult because he himself is the victim of an assassination attempt and in the last part is chased by a young camper named Mason Enqvist who lost his brother a few months ago. His bigger brother Rutger Enqvist was murdered by Mick Taylor on an outing with his girlfriend, so he...
Wolf Creek 3 is directed by N/A and will premiere on Sep 8th, 2022.

Where can you stream Wolf Creek 3: Not yet streaming online