Relics of the Future 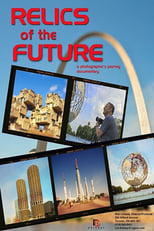 Director Rob Lindsay CastToni Hafkensheid, Dirk Kome & Lee PetrieRelease TBA A documentary featuring internationally renowned photographer Toni Hafkenscheid as he explores hidden stories behind iconic architectural structures once considered "Visions of the Future" from the 1960's. This film is a light-hearted look at the way we perceive life and embrace modern advancements. It is a photography expose that becomes a personal journey of self-discovery while exploring...
Relics of the Future is directed by Rob Lindsay and was released on TBA.

Where can you stream Relics of the Future: Not yet streaming online