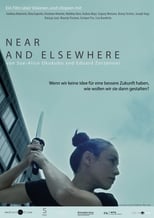 Director Sue-Alice Okukubo, Eduard Zorzenoni CastJoseph Vogl, Elena Esposito & Matthias HorxRelease Mar 21st, 2019 In fictional sequences inserted into this documentary about economic, social and political perspectives on possible upcoming developments, the filmmakers portray a utopian future as a foreign territory. Six public figures from various cultural and social circles reflect on the future as a matter of time, people and the world.
Near and Elsewhere is directed by Sue-Alice Okukubo, Eduard Zorzenoni and was released on Mar 21st, 2019.

Where can you stream Near and Elsewhere: Not yet streaming online