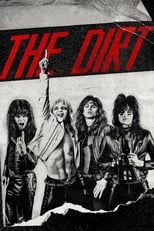 Director Jeff Tremaine CastDouglas Booth, Machine Gun Kelly & Iwan RheonRelease Mar 22nd, 2019 The story of Mötley Crüe and their rise from the Sunset Strip club scene of the early 1980s to superstardom.
The Dirt is directed by Jeff Tremaine and was released on Mar 22nd, 2019.

Where can you stream The Dirt: Not yet streaming online