Voice from the Desert 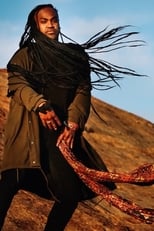 Director Daniel Clarke, Amy Pysden(co-director) Cast, & Release TBA Aboriginal singer Zaachariaha Fielding is taking the Australian music industry by storm; touring the nation and the world with his groundbreaking electro-soul band Electric Fields. From winning New Talent of the Year at the National Indigenous Music Awards, Zaachariaha returns to the tiny central desert community of Mimili to reveal the inspiration behind his unique music. Through revealing...
Voice from the Desert is directed by Daniel Clarke, Amy Pysden(co-director) and was released on TBA.

Where can you stream Voice from the Desert: Not yet streaming online