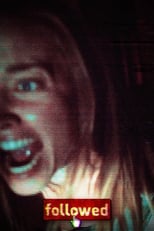 Director Antoine Le CastBlanca Blanco, John Savage & Kelsey GriswoldRelease Jun 19th, 2020 Social media influencer, 'DropTheMike', seeks thrills and stardom in the most horrific places. When he’s offered the possibility of a lucrative sponsorship, he takes his online channel to one of the most haunted hotels in America. What begins as a fun challenge accompanied by friends descends into a personal hell, begging the timely question: how far would you go to pursue internet fame?
Followed is directed by Antoine Le and was released on Jun 19th, 2020.

Where can you stream Followed: