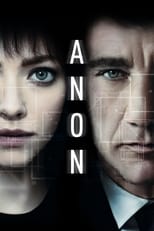 Director Andrew Niccol CastAmanda Seyfried, Clive Owen & Iddo GoldbergRelease May 4th, 2018 Set in a near-future world where there is no privacy, ignorance or anonymity, our private memories are recorded and crime almost ceases to exist. In trying to solve a series of unsolved murders, Sal Frieland stumbles onto a young woman who appears to have subverted the system and disappeared. She has no identity, no history and no record. Sal realizes it may not be the end of crime but the...
Anon is directed by Andrew Niccol and was released on May 4th, 2018.

Where can you stream Anon: