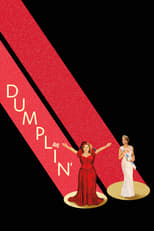 Where can you stream Dumplin’: