Director Adolfo Alix Jr. CastSam Milby Zanjoe Marudo Jason Abalos Release May 19th, 2013 Synopsis The movie is based on an unfortunate event of world warII; after its victory in the Battle of Bataan in 1942, Japanese army forced the Filipino and American prisoners of war on an infamous march. Death March is directed by Adolfo Alix Jr. and was released on May 19th, 2013.

Where can you stream Death March: Not yet streaming online 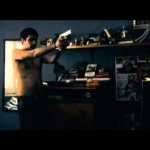 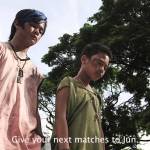