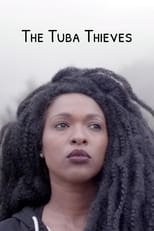 Director Cast, & Release Jan 22nd, 2023 A spate of robberies in Southern California schools had an oddly specific target: tubas. In this work of creative nonfiction, d/Deaf first-time feature director Alison O’Daniel presents the impact of these crimes from an unexpected angle. The film unfolds mimicking a game of telephone, where sound’s feeble transmissibility is proven as the story bends and weaves to human interpretation and...
The Tuba Thieves is directed by and was released on Jan 22nd, 2023.

Where can you stream The Tuba Thieves: Not yet streaming online