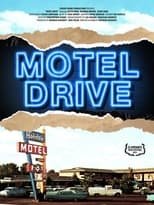 Director Brendan Geraghty Cast, & Release TBA Within a community of motels infamous for illicit activity, the Shaw Family grapples with housing insecurity and addiction while trying to raise their young son. When California's High-Speed Rail Project displaces them, a glimpse of stability appears within reach. A vérité, street level vantage of post-industrial America, documented over eight years, on one city block.
Motel Drive is directed by Brendan Geraghty and was released on TBA.

Where can you stream Motel Drive: Not yet streaming online