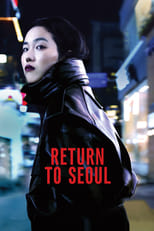 Director Davy Chou CastPark Ji-min, Oh Gwang-rok & Guka HanRelease Nov 18th, 2022 On an impulse to reconnect with her origins, Freddie, 25, returns to South Korea for the first time, where she was born, before being adopted and raised in France. The headstrong young woman starts looking for her biological parents in a country she knows so little about, taking her life in new and unexpected directions.
Retour à Séoul is directed by Davy Chou and was released on Nov 18th, 2022.

Where can you stream Retour à Séoul: Not yet streaming online