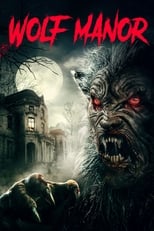 Director Dominic Brunt CastJames Fleet, Jay Taylor & Thaila ZucchiRelease Jan 9th, 2023 Shooting a vampire flick in an old, abandoned manor house should have worked like a dream, but the film crew is out of their depth, over schedule and desperate to get the shoot finished and go home. However, as the moon turns full, the nightmare begins. Blood flows and the body count rises as cast and crew meet the manor’s resident werewolf…
Wolf Manor is directed by Dominic Brunt and was released on Jan 9th, 2023.

Where can you stream Wolf Manor: Not yet streaming online