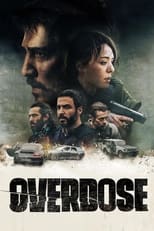 Director Olivier Marchal CastSofia Essaïdi, Assaad Bouab & Alberto AmmannRelease Nov 4th, 2022 Captain Sara Bellaiche, from Toulouse Judiciary Police branch, is investigating a go-fast linked to the murder of two teenagers, an investigation led by Richard Cross, from the Paris Criminal Brigade. Forced to collaborate in order to find the murderer and stop the bloody go-fast, Sara and Richard are both thrown in a breathless race against the clock on the roads of Spain and France.
Overdose is directed by Olivier Marchal and was released on Nov 4th, 2022.

Where can you stream Overdose: '