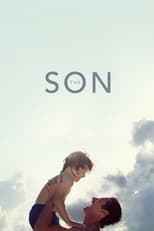 Director Florian Zeller CastHugh Jackman, Zen McGrath & Laura DernRelease Feb 10th, 2023 A successful lawyer, with a new wife and infant, agrees to care for his teenage son from a previous marriage after his ex-wife becomes concerned about the boy's wayward behavior.
The Son is directed by Florian Zeller and was released on Feb 10th, 2023.

Where can you stream The Son: Not yet streaming online