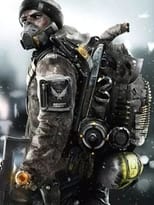 Director Rawson Marshall Thurber CastJake Gyllenhaal, Jessica Chastain & Rawson Marshall ThurberRelease TBA In the near future, a pandemic virus is spread via paper money on Black Friday, decimating the city of New York and killing millions. By Christmas, what's left of society has descended into chaos. A group of civilians, trained to operate in catastrophic times, are activated in an attempt to save who and what remains.
The Division is directed by Rawson Marshall Thurber and will premiere on TBA.

Where can you stream The Division: Not yet streaming online