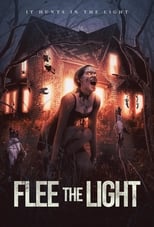 Director Alexandra Senza CastAnnie Tuma, Ariana Marquis & Jamar Adams-ThompsonRelease TBA A psychology student attempts to cure her sister's crippling psychosis only to expose them both to its origin: an ancient creature intent on claiming their souls.
Flee the Light is directed by Alexandra Senza and was released on TBA.

Where can you stream Flee the Light: Not yet streaming online