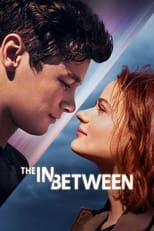 Director Arie Posin CastJoey King, Kyle Allen & Kim DickensRelease Feb 11th, 2022 After surviving a car accident that took the life of her boyfriend, a teenage girl believes he's attempting to reconnect with her from the after world.
The In Between is directed by Arie Posin and was released on Feb 11th, 2022.

Where can you stream The In Between: Not yet streaming online DVD/Bluray via Amazon

Director Arie Posin's Romance & Science Fiction movie The In Between is produced by Paramount Players & was released 2022-02-11.
Costs: $0 Box Office Results: $0 Length/Runtime: 115 min The In Between Official page
Rooney
Bigbug