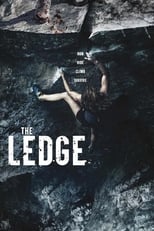 Director Howard J. Ford CastBrittany Ashworth, Ben Lamb & Louis BoyerRelease Mar 14th, 2022 A rock climbing adventure between two friends turns into a terrifying nightmare. After Kelly captures the murder of her best friend on camera, she becomes the next target of a tight-knit group of friends who will stop at nothing to destroy the evidence and anyone in their way. Desperate for her safety, she begins a treacherous climb up a mountain cliff and her survival instincts are put to the...
The Ledge is directed by Howard J. Ford and was released on Mar 14th, 2022.

Where can you stream The Ledge: Not yet streaming online DVD/Bluray via Amazon