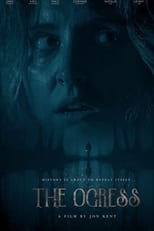 Director Jon Kent CastJake Francis, Meg Matthews & Tim Cullingworth-HudsonRelease Jan 30th, 2022 When a multitude of children go missing, one Detective must start to believe in more than just facts or history will soon repeat itself. A film inspired by the true story of Amelia Dyer. A woman who is was found guilty and hung for the murder of 6 children in the late 19th Century. Investigators later believed she had murdered over 400 children, over a 30 year span - making her one of Britains...
The Ogress is directed by Jon Kent and was released on Jan 30th, 2022.

Where can you stream The Ogress: Not yet streaming online