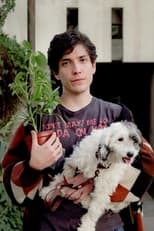 Director Roberto Doveris CastJuan Cano, & Release Jan 26th, 2022 Waiting for his big dream (a film role) to come true, Pablo works as a training actor in a patient-care programme at a medical faculty and a paid participant in group therapy sessions. To make ends meet, he sublets a room in his apartment in a suburb of Santiago de Chile. However, he seems to have lost control when his housemate departs, leaving him with rent arrears, a collection of plants, a...
Ghost Project is directed by Roberto Doveris and was released on Jan 26th, 2022.

Where can you stream Ghost Project: Not yet streaming online