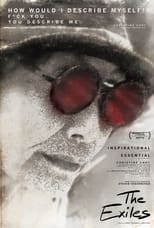 Director Violet Columbus, Ben Klein Cast, & Release Jan 21st, 2022 Brash and opinionated, Christine Choy is a documentarian, cinematographer, professor, and quintessential New Yorker whose films and teaching have influenced a generation of artists. In 1989 she started to film the leaders of the Tiananmen Square pro-democracy protests who escaped to political exile following the June 4 massacre. Though Choy never finished that project, she now travels with the old...
The Exiles is directed by Violet Columbus, Ben Klein and was released on Jan 21st, 2022.

Where can you stream The Exiles: Not yet streaming online