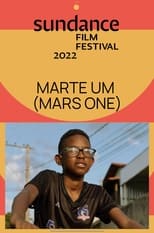 Director Gabriel Martins Cast, & Release Jan 20th, 2022 The Martins family are optimistic dreamers, quietly leading their lives in the margins of a major Brazilian city following the disappointing inauguration of a far-right extremist president. A lower-middle-class Black family, they feel the strain of their new reality as the political dust settles. Tércia, the mother, reinterprets her world after an unexpected encounter leaves her wondering if...
Mars One is directed by Gabriel Martins and was released on Jan 20th, 2022.

Where can you stream Mars One: Not yet streaming online