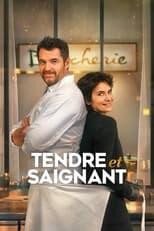 Director Christopher Thompson CastGéraldine Pailhas, Arnaud Ducret & Alison WheelerRelease Jan 19th, 2022 Charly is the editor in chief of a fashion magazine. When her father dies, she inherits the family business: a butchery. Not exactly her passion in life... She’s about to sell it when Mar- tial, who worked for her father, wants to take it over, but she is having second thoughts. These two opposite characters will have to get used to one another.
The Butcher’s Daughter is directed by Christopher Thompson and was released on Jan 19th, 2022.

Where can you stream The Butcher’s Daughter: Not yet streaming online